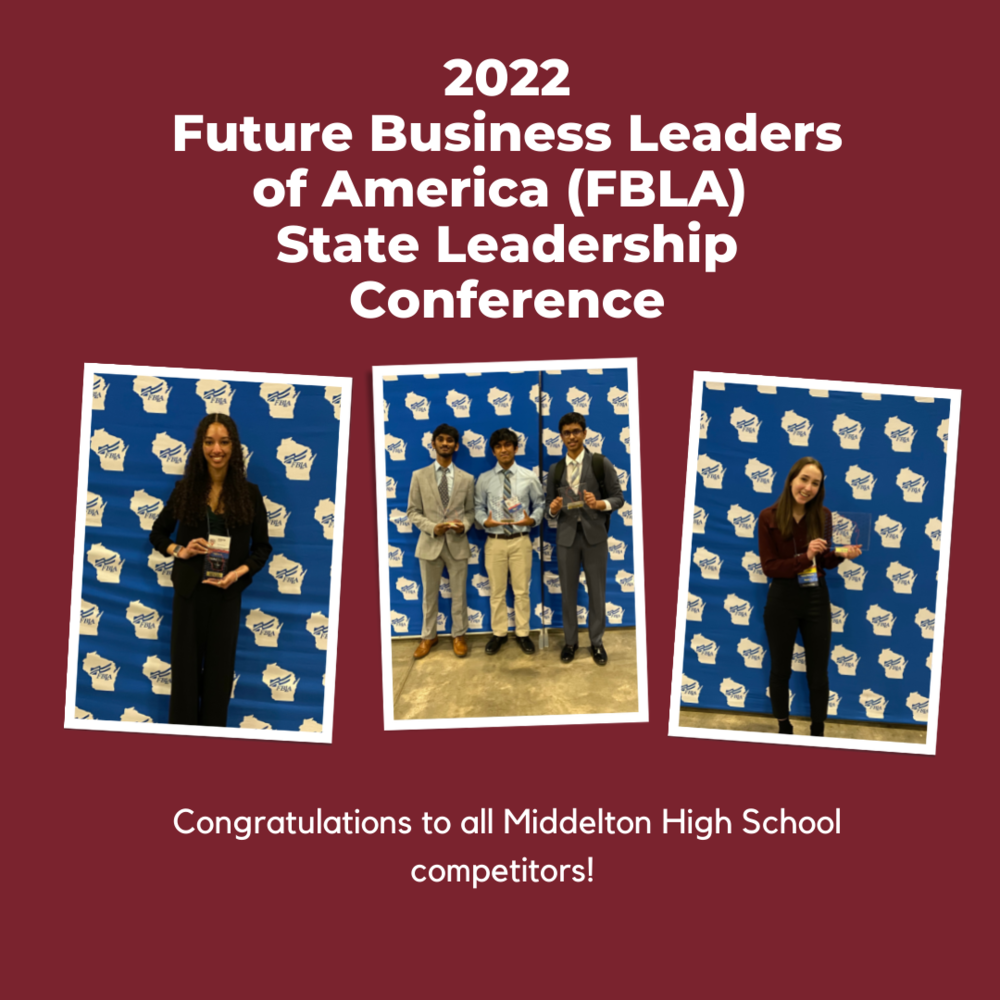 MHS had 14 students placed in the top four at the Future Business Leaders of America (FBLA) State Leadership Conference! The state conference was held at Alliant Energy Center in Madison, WI on Monday, March 28th and Tuesday, March 29th.

In all, 21 MHS FBLA students competed in the state competition. The 14 students who finished in the top four qualified for the National Leadership Conference, which will be held in Chicago, IL between June 29th to July 2nd. Students from around the country will compete at this conference to sharpen their business skills, expand their networks, and vie for the opportunity to win awards and scholarships.

FBLA was formed in 1937 and is the world's largest and oldest student business organization with more than 250,000 high school and middle school students, college and university students, faculty, educators, administrators, and business professionals.