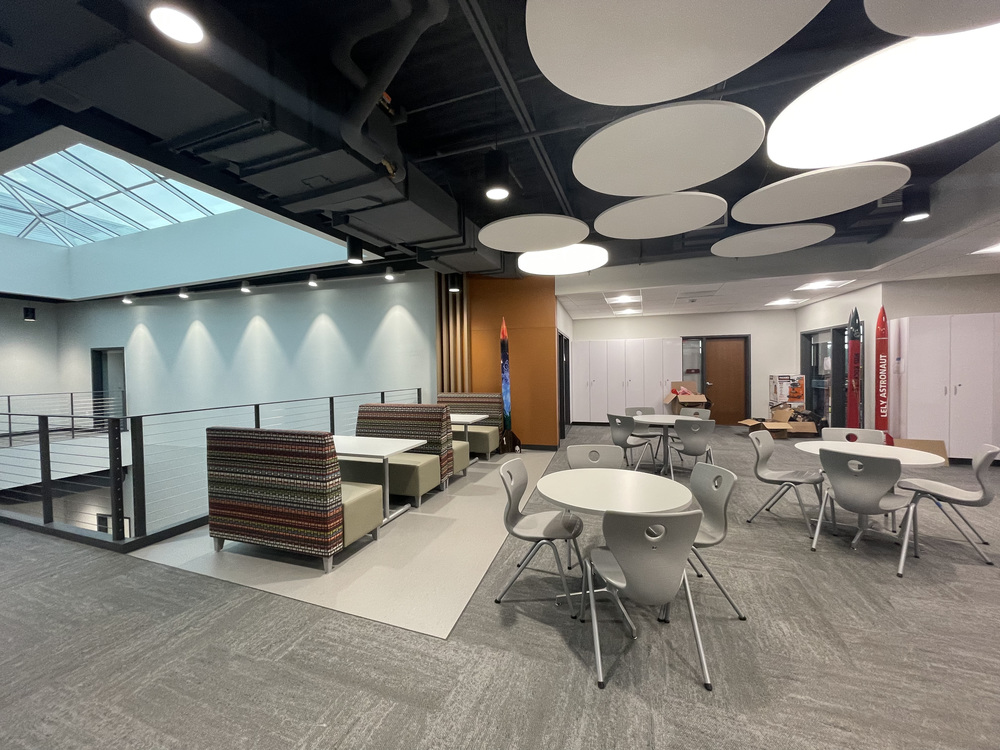 The Middleton-Cross Plains Board of Education toured the new north addition (Phase I) at Middleton High School on August 11, 2021. 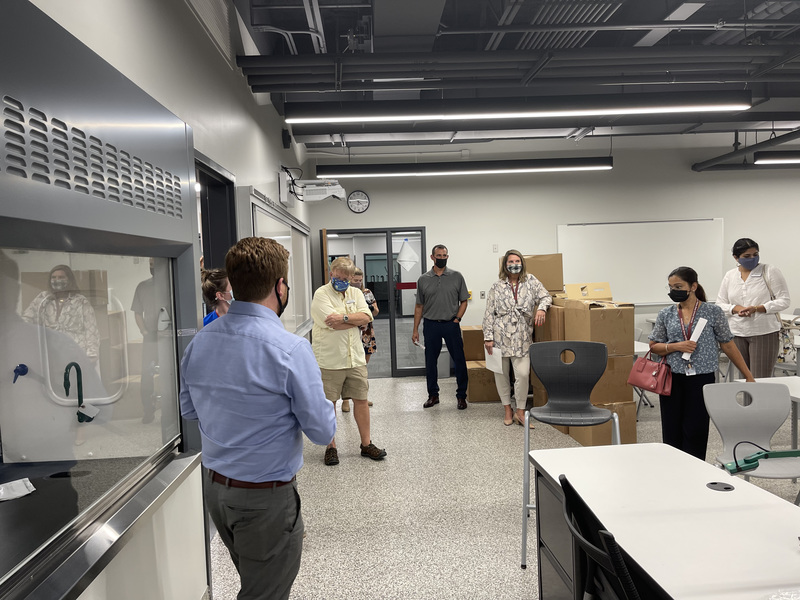 Construction began to expand and rebuilt much of the current High School in March 2020. The project is being split into two phases. The first phase, an expansion to the north, is expected to be completed by September 1, 2021, the first day of school.

MPCASD partnered with Contractor Findorff on this project, who also worked on Kromrey Middle and Pope Farm Elementary Schools.

Some feature spaces of the south addition 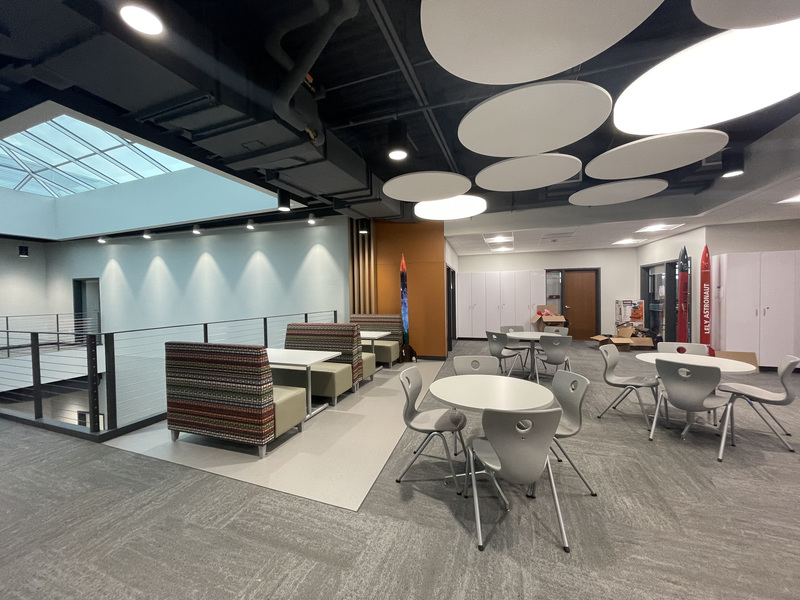 include a second social stair space with an impressive skylight, “FAB” and Robotics labs, Digital Media, and studio space. Throughout the new area, there are many open concept areas for students to hang out and study.

The finishing touches have been made to the culinary and art room spaces. The new kitchen equipment has also been installed.

The second phase, which involves demolishing parts of the current school on the south end that date back to 1929, along with other updates, is expected to be completed for the start of the 2022-23 school year.

When completed, MHS will have the capacity for 3,000 students. Clark Street Community School will also move into the new addition to the north.

The height of the floor to the top of the social stair skylight is about 53 feet! In the case of a fire, some sort of barrier must be able to be deployed in the opening to prevent the migration of heat and smoke to the areas above. In the social stairs, a retractable “fire shutter” has been installed which will automatically deploy in an emergency. 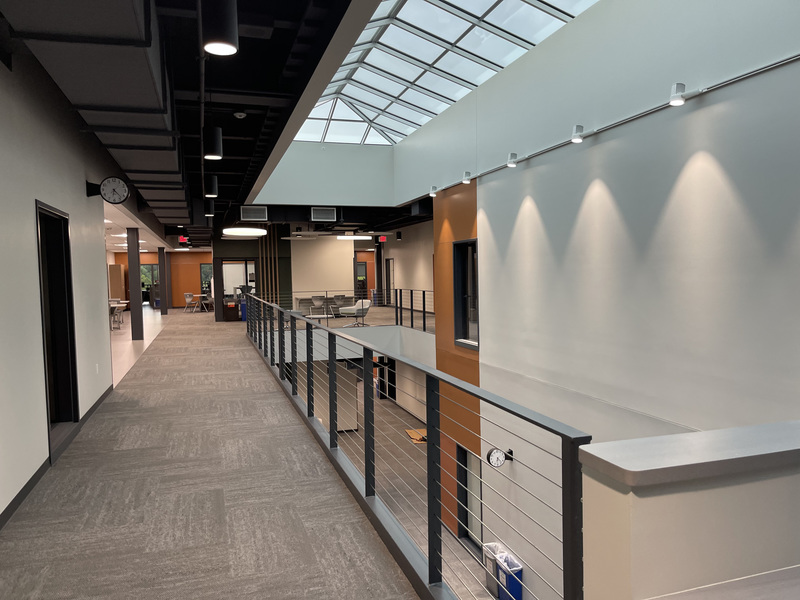 This project has over 600,000 sf of drywall! If you were to lay all of that drywall out length wise you could line the entire highway from the Middleton High School all the way to New Glarus, WI. That’s over 29 miles!