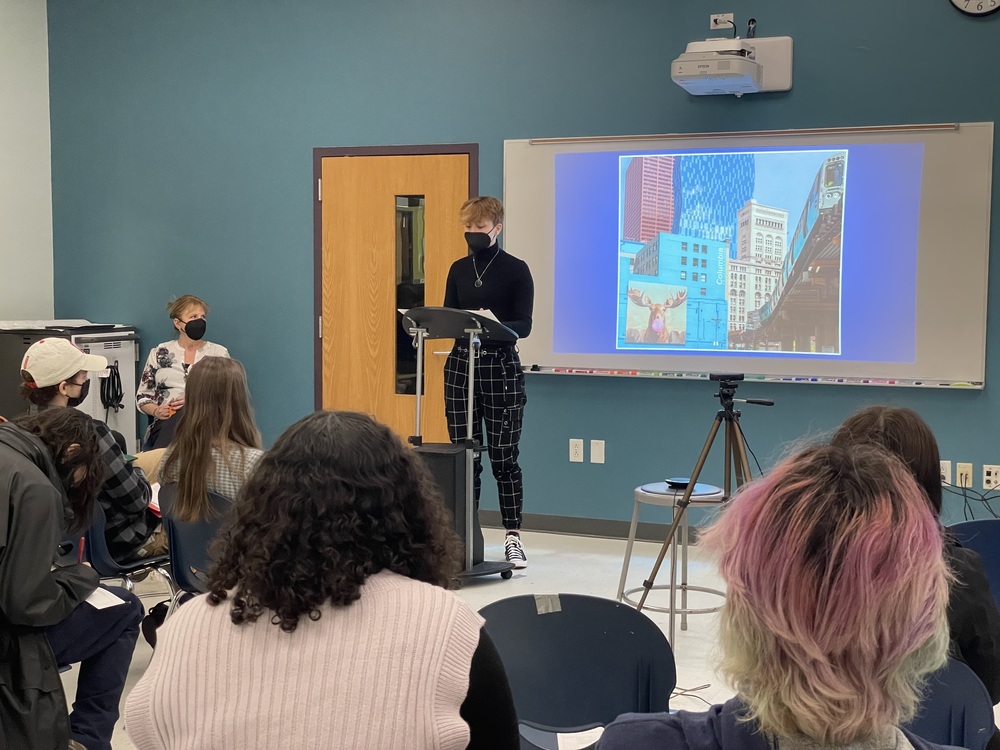 The word "Inspire" greets you right as you enter through the doors of Clark Street Community college. For students, this word appeared to resonate during their Presentations of Learning (POL) event this week.

These presentations are a big deal to students, families, community members, and staff because it is an opportunity for students to showcase their understanding of the material and/or of themselves as learners. Unlike traditional learning, CSCS students focus on an interdisciplinary, learner-centered approach, meaning that every class incorporates required learning material into an area of interest for the student. This allows students to take a more personalized, relevant, and context-based approach to their education.

Kai DeRubis presented his project titled "My Own Santa Fe" based on the song "Santa Fe" from the movie-musical "Newsies."

In the song, Santa Fe refers to the idea of having a dream, somewhere the character believes all their dreams will come true.

For Kai, his "Santa Fe" was Columbia College in Chicago, Illinois. Hoping to pursue a career in the performing arts, the idea of attending the college seemed like the perfect next step post-graduation. Kai learned from his experience that sometimes our "Santa Fe" isn't always what we expected.

After touring the college and even being accepted, Kai wondered if this was what he really wanted. Thankfully, he was supported by loving friends, family, and CSCS staff who helped him consider other avenues to pursue his passions.

Kai met with CSCS staff members who helped them draw out what paths he saw for his potential future. Kai began to consider another option; Aveda Institute of Beauty and Wellness in Madison.

This option became more appealing as he considered the flexibility he would have during the school year to continue performing and attending summer workshops and other events. It would also give him the cosmetology skills he needed to guarantee a position after graduation.

The flexibility provided by the learning model at CSCS allowed Kai to explore all his passions to learn the best fit for him. In doing so, he discovered that his "Santa Fe" wasn't really about the location but the journey to finding his passion.